Wo = initial size at the beginning of the period

e = base of natural logarithms.

Here, r is the relative growth rate and is also the measure of the ability of the plant to produce new plant material, referred to as efficiency index. Hence, the final size of W1 depends on the initial size, Wo. 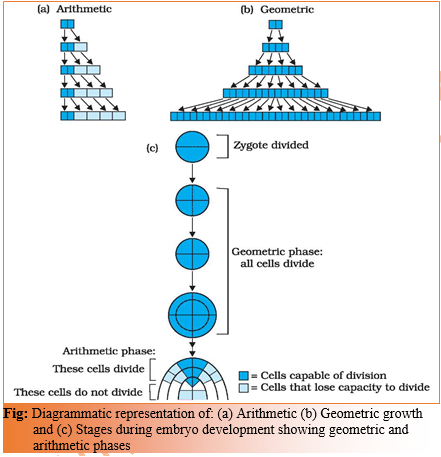 (i) measurement and the comparison of total growth per unit time is called the absolute growth rate.

(ii) The growth of the given system per unit time expressed on a common basis, e.g., per unit initial parameter is called the relative growth rate. 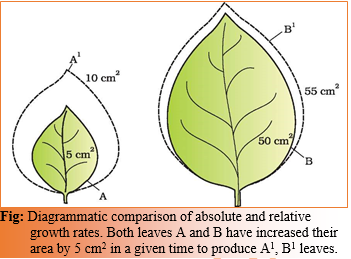 While doing so, such meristems/tissues are able to divide and produce cells that once again lose the capacity to divide but mature to perform specific functions, i.e., get redifferentiated.

In such plants, the leaves of the juvenile plant are different in shape from those in mature plants.

The Discovery of Plant Growth Regulators